Let’s face it, smartphones aren’t that smart when it comes to taking selfies. Luckily there’s a new much smarter selfie solution - a selfie drone. Basically, a selfie drone is a small standard drone that boasts good-quality cameras. It also has special modes or features like facial recognition that make snapping selfies simple. What’s more, you can usually operate them via an app that you’ve downloaded to your smartphone.

The following are ten of the best selfie drones, in no particular order.

The GDU-BYRD Premium 2.0 offers great value for money. It is compact, easy to transport and boasts a total flight time of almost 30 minutes. Thanks to its intelligent features, you can use it to take super selfies. For instance, it has a Follow-me feature which means that the drone will follow you so that you can instead focus on getting ready for the shot. 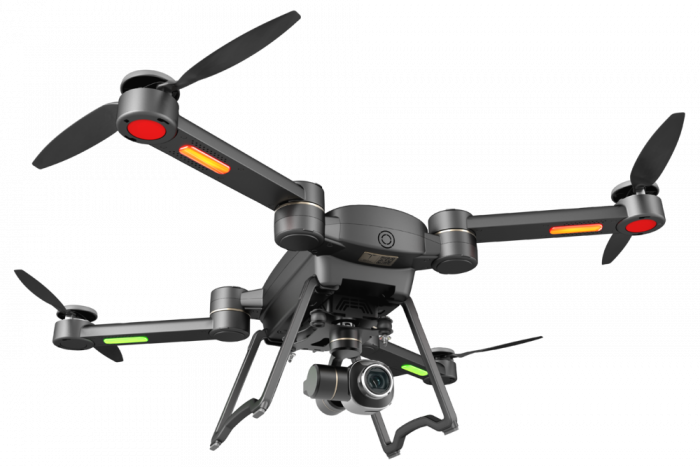 The Fly More Combo for the DJI Spark is an affordable way to take the perfect selfie. It comes in five different colors and boasts many fab features that include Face Aware, Object Avoidance, Shallow Focus and Quick Launch to mention only a few. These different modes are for sure its main perk. Though, if you are still new to drones, this might not be the best option as the manual is quite tricky. Also, setting this drone up with its firmware requires some skill. 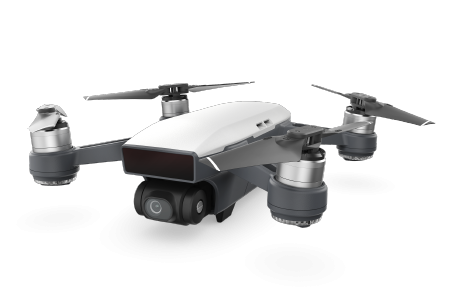 Thanks to the two-axis mechanical gimbal and UltraSmooth technology, you can look forward to a stable flight experience.

Another affordable option is the WINGSLAND S6. What’s more, it is compact and lightweight making it the perfect option if you like to travel. It also boasts a wide range of intelligent flight features that include Follow Me, Lock Mode, Obstacle Avoidance and Orbit. Thanks to these features, you can automate the whole experience so that you can truly take in every second of the precious moment.

Though, just like with everything in life, there has to be drawbacks. One con of this drone is that its control range is only 100 meters which is not a lot. Another con of the WINGSLAND S6 is that its total flight time is only 10 minutes. Overall, it still offers great value for money.

If you are in need of a drone but cannot afford to spend a lot, the ZEROTECH DOBBY is one of the best choices. On top of that, it is really quiet compared to many of the smaller drones. Therefore, if you still want to be able to enjoy the serenity offered by the great outdoors, this drone is the ideal one for the job. In fact, thanks to its steady hovering skills, it can also be used indoors.

Its biggest drawback would be that you can quickly drain its battery when you put it to the test for the first time as setting it up requires quite a bit of work (also its total flight time is less than 10 minutes and that is if the conditions are not windy).

The XiroXplorer is a lightweight drone that boasts a good camera. For the price that you pay, you do get a wide range of features that include Follow Me which enables you to take photos while you are moving around. This means that with this drone you can take stunning selfies while you are riding your bike along a scenic path or simply standing still in your favorite spot. On the downside, its flight time is only eight minutes and control range merely 100 meters.

Another budget-friendly option is the Elfie. It is a lightweight drone (it does not even weigh a pound), but it only offers a flight time of up to eight minutes.

Apart from the price, you will love its G-Sensor Mode. By enabling this feature, it will automatically follow you around using the movements of your smartphone as guidance. Though, as it is an inexpensive model, do not expect the best quality videos, but thanks to its ability to perform 3D flips, you can still impress your friends with an impromptu aerial stunt performance.

Although this drone is technically not classified as a selfie drone, it can still be used for this purpose. It includes modes and features such as VisionTrack, Orbit, Follow Me and Return to Home. What’s more, as it is so lightweight (it weighs less than one pound) and boasts foldable propellers, carrying it with you is effortless. Sadly, according to a couple of reviews it can be a bit unreliable after recent firmware updates.

The Mavic Pro might be a tad bit expensive, but this true classic does offer a couple of features that most other drones do not boast. Its biggest advantage is that it is very simple to transport thanks the its folding arms. Basically, by folding down the arms, it becomes as compact as a water bottle! It is also convenient to operate as it works with a controller as well as your smartphone. The fact that it uses both  glonass with sensor redundancy as well as GPS means that you can look forward to a more stable flight.

If you can find a way to ignore its weird shape, you will come to realize that this drone boasts really fantastic features and modes. For example, it boasts an Owner Mode that is linked with Gesture Control. With the help of this mode, your drone will locate you automatically and follow you. However, as this drone is still relatively new, it might be a bit of a risk that you will take as not a lot is known about some of its specs yet.

Those who are just starting out with selfie drones will love this drone. Although it only offers a 720p camera, it is still great value considering its price. After all, if you are still a beginner, you will not need anything more really. Also, it only offers a flight time of about six minutes, which is not a lot compared to the other drones which have been featured in this post. One main perk is that you can control it via a smartphone. All in all, flying this drone is not such a difficult task.

Most people have at least a couple of epic selfie fails under the belt (or rather hidden on their smartphones). Luckily with one of these selfie drones, you will now be able to take those stellar shots.