Interview with Evgeny Tchebotarev - the VP of Growth, Asia at Skylum and the Founder of 500px Based in Asia, Evgeny Tchebotarev is currently the VP of Growth at Skylum Software. He is also a founder of 500px community for photographers.  As a photographer, Evgeny has a great experience in shooting landscapes, portraits and street photography. Follow Evgeny on 500px, Facebook, Twitter and Instagram.

How and when did you get interested in photography?
I got my first camera in 2000, after saving money for it for almost a year. I don’t know why exactly I wanted a camera, but I knew I needed it. Years later I realized that my grandfather, a tank operator during WWII, was an enthusiast photographer after he returned from the war, so maybe I was unconsciously drawing inspiration from him. In 2002 I got a different camera, a film Canon, and that marked when I got pretty obsessed with it. From the first roll of film on that camera, I had 3 photos published in magazines (never got so lucky since!).

Which photographers influenced you, and how did they influence your thinking, photographing, and career path?
Well, for me, photography was a career once, but now it's back to being my hobby. That’s an unusual path, and I chose to move on from being a pro photographer because I started 500px, and wanted to help more photographers than just myself. So I had to quit photography jobs and focus on making 500px a great place for photographers to express themselves. I had thousands of photographers as my influence, but I started with a lot of classics — Cartier-Bresson, Leibovitz, Mann, Lange, Arbus.

How do you choose what you are going to shoot?
I’m inconsistent in my shooting. I find a new subject, a new idea, and just go with it. I like to start by mimicking someone’s style, and just see whether I can do it. That’s why I moved from one subject to another. For almost a decade I was shooting landscapes, then I moved onto portraits, and now it’s more of a street photography than anything else.

What camera/gear do you use?
I used to use many different cameras — shot on Sony, Canon, Nikon, Pentax, and so on. At home, I have Nikon D810 that’s a solid camera that doesn’t age, and I’m traveling with Fuji X-T2 now, which is small enough and robust enough to give me the 95% of the image quality I want. I tend to travel “barebones”, so it’s just a couple of prime lenses, no filters, such as UV or ND, and rarely I take a tripod with me. I like the opportunity to travel light and enjoy the adventure as much as the shooting time.

What is your post-processing workflow? How long does it take to select and then process one photo?
That’s a tough one. I love shooting but I hate choosing and editing. That’s why I love Luminar — it speeds up my workflow. Sometimes, when I’m on the road, I select, edit and post photos right from my phone. Other times, I go through the catalog and just look at what pops at me, and then edit and post it at once.

Among your works, which one is your favorite? Why?
Hard to say, but probably this one. It’s fiery and defiant.

What was the most curious story behind your photograph?
I do enjoy traveling to remote places and learning about how people live. One of the hardest places is Ijen, in Indonesia. There, workers manually go down the volcano to dig for sulfur, with no masks or protection, and then take big chunks of sulfur up the mountain, which is a journey that takes 5-6 hours. The load is heavy — often 80-100 kg and workers do two trips a day. For this extremely dangerous, unhealthy, undignified job they are paid somewhere between $120-200 a month. One of the workers told me, translated by my friend, is that they do it because they want for their children to have a better life than they have themselves.

Which are the top locations that you’ve photographed and why do you love them?Patagonia is an extremely beautiful and unique place.  Iceland and Alaska are unique and beautiful too. Basically, any place that’s cold and pretty hard to get to is great!

What is the most memorable trip you have had in recent memory?
I think Italy might be on top of my list. I traveled with a friend, and we had such a good mix of driving, eating, shooting that it all blended together in one amazing time spent! 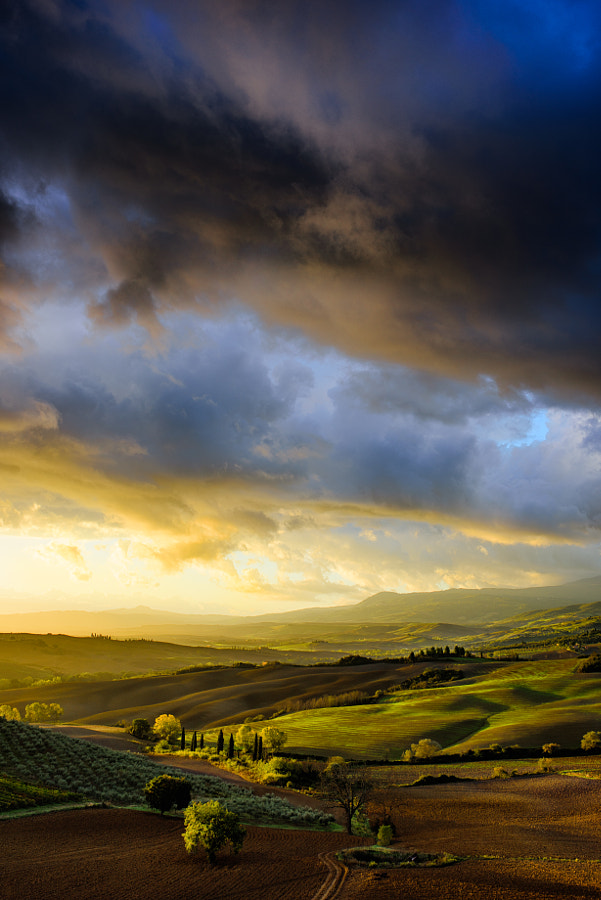 TOP-5 travel photographers to follow?
Oh, I haven’t got a good list, because travel photography is such an undefined concept now, but I’ve been following these people and became good friends with them, and saw their commitment to art: Justin Lim, Peter Stewart, Daniel Cheong, Wataru Kitamura.

What advice would you give to anyone new to photography?
While I’m not the best person to follow my own advice, but getting out there and keep on shooting is a #1 thing you can do. It takes time, patience, and practice to develop your own views and style. See around you what others do, collaborate if you can, and get out, and shoot, shoot, shoot.