Arild Heitmann is a landscape photographer from the wicked and wild Northern Norway. He is also a co-founder and co-owner of Lofoten Tours. Arild says that ever since he was a child he longed for the mountains. And his desire was always to see views that go far beyond what we normally encounter. Therefore, he has climbed waterfalls, crossed rivers and scaled high mountains in search of this dream.
Follow Arild on Facebook and Instagram to see what he creates.

How and when did you get interested in photography?

I grew up in a very remote part of Northern Norway and the outdoors has always been a huge part of my life. I bought a cheap DSLR around 2005 to document my hiking trips and that was the beginning of my photographic career.

I spent the first couple of years studying photographers that I really liked and found inspiring. In those days it was particularly Michael Anderson that really helped me shape my photographic vision and way of thinking. His Himalaya portfolio still stands as one of the biggest inspirations for me.

This is not an easy question. I shoot places that matter to me. Places that hold a deeper meaning and that I have a connection to. For me, this means spending a lot of time in the area I call the Misty Mountains. It's the mountains where I have been exploring since I was a kid. Every creek, every mountain, almost every rock is familiar, and there is enough material in these mountains to keep me busy for a lifetime.

In addition, through my job as a tour leader in my own company, I get to shoot a lot of the famous places in Norway and around the world. So it all ends up being a nice mix of popular spots and obscure mountain vistas.

What camera/gear do you use?

I have never been much a gear minded photographer. I have no loyalty to brands and I use whatever feels right for me. As of now, this means using the Fuji system, the Xt-2, and the new GFXr. In addition, I'm using a Sony A7S2 for my night stuff.

What is your post-processing workflow? How long does it take to select and then process one photo?

As I get older there is one thing that has changed for me. My post-processing workflow gets simpler and simpler. I have been able to narrow down things into doing things as simple and effective as possible. I have learned so many techniques and tricks over the years, so I could easily have spent hours polishing an image, but for every year I spend less time on each image and prefer to keep things as simple as possible. I do basic adjustments in Lightroom. Just exposure balancing and minor adjustments. In Photoshop I do a lot of color balance adjustments and dodging and burning. That's pretty much it. The amount of time spent on a photo is different for each shot. Sometimes only 5 minutes, other times maybe an hour. I once did a 13 shot focus stack of an aurora shot. That took me maybe 5 hours and I am not gonna repeat that process.

That is such a hard question. It's like asking which one of my kids is my favorite. All of them!

But, I like shots that are able to take me back to the moment I pressed the shutter. Shots that can tell a story and give the viewer an immediate sense of what it was like being there. I don't like shots that are "pretty". Pretty shots give me nothing. And I find 90% of the popular landscape photos today to be nothing but pretty. Well composed shots in pretty light. No emotion, no story, nothing that makes me feel anything. The photos nowadays that really inspires me and gives me a sense of feeling something, is the adventure photos from the likes of Jimmy Chin, Jonathan Griffith, and others.

So if I were to pick just one photo right now, it would be one that I named "The Conqueror". It shows my close friend Odd-Are Hansen standing on a massive peak in the Misty Mountains. I shot it during the so-called dark period, where we have no direct sunlight. It was freezing cold, but it was one of the most amazing experiences I've ever had. And it comes through in the photo. It takes me right back to that moment.

Without a doubt the story of when I shot a lightning storm and the midnight sun, all in one photo. I hiked up a mountain late in the evening, hoping to catch the midnight sun from an exposed ridge. While I was up there, exhausted from the steep climb, a thunderstorm came rolling in from the east, while the midnight sun was on the horizon in the west. Lightning bolts were flashing around me, it was raining piss and I was wearing a white wet t-shirt. My nipples were electric :-) What a scary and at the same time glorious moment!

Which are the top locations that you’ve photographed and why do you love them?

For me, the answer is the Misty Mountains. Simply because I have such a deep connection to the area. I love everything about Norway. We have some areas that are mind-blowingly beautiful. The West Coast, Senja and obviously the Lofoten Islands. Lofoten is by many considered to be crowded and overshot, yet all you have to do is venture off the beaten tracks and you'll find places so beautiful and amazing its hard to describe! 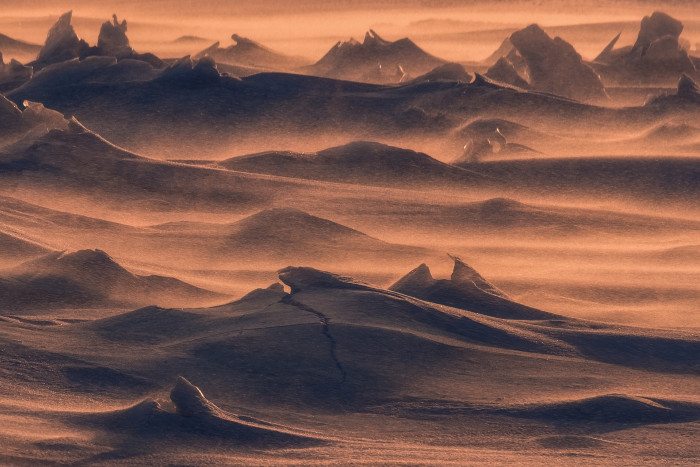 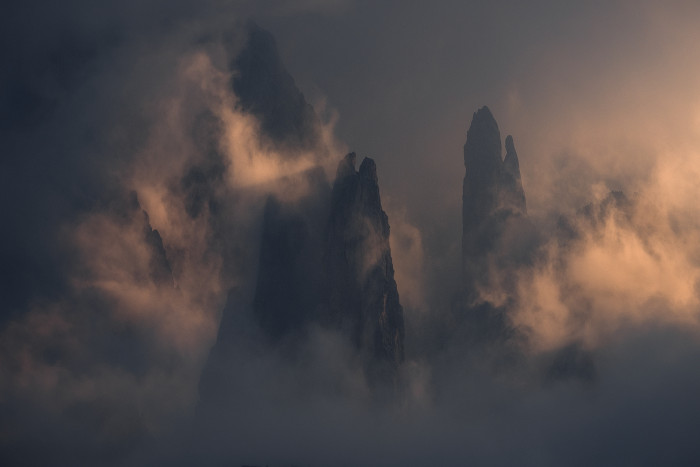 What is the most memorable trip you have had in recent memory?

Back in May, I did a hiking trip in Lofoten where we experienced some of the worst weather I've ever experienced. It was everything; rain, sun, hail, snow, storms, hurricanes...crazy! At the time it felt miserable, but looking back it was incredible. And it gave some photos that are hard to replicate. 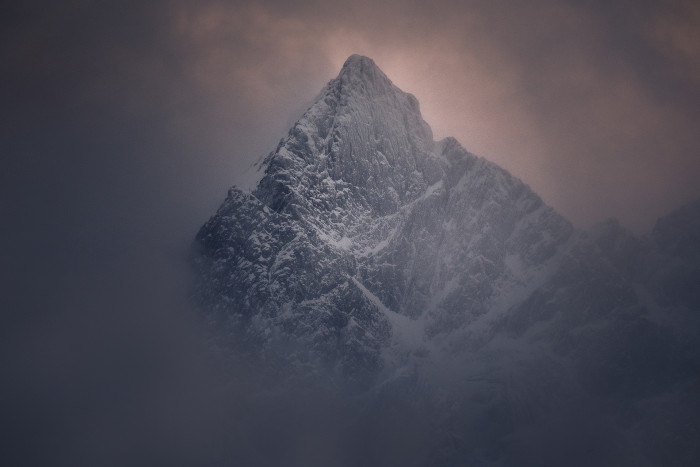 What advice would you give to anyone new to photography?

This may sound super clichè, but try to do your own thing. Don't just copy other people and try to shoot the same stuff as everyone else. It's so much out there. So many new shots to be taken, even in the most famous and visited places!